The Dutch Game Marathon foundation organized a charity stream in order to raise money for the Dutch Alzheimer foundation. I am a co-founder of the foundation and have taken on the roles of Chairman, Website Coordinator and Guest Relations. The team consists of six people from different backgrounds and is spread across The Netherlands.

We organized a 56-hour long gaming marathon from the 20th to the 22nd of September in 2019 in order to collect donations for Alzheimer Nederland. All footage was broadcasted live on Twitch. During the stream we will be played over 20 games with a loose thematic connection to Alzheimer. Furthermore, during the stream, over 200 individual gaming pieces of merchandise from 20 different partners were auctioned to the viewers to attract additional donations. Finally, we had Dutch streamers and influencers join us during the stream.

Through video games, we can see entire worlds being created, friendships being forged and experiences being shared. We at Dutch Game Marathon believe that video games bring people closer together and are committed to making the world a little better through video games. The event was a great success and raised a total of €7.648,00 (€3.648,00 more than our initial goal). 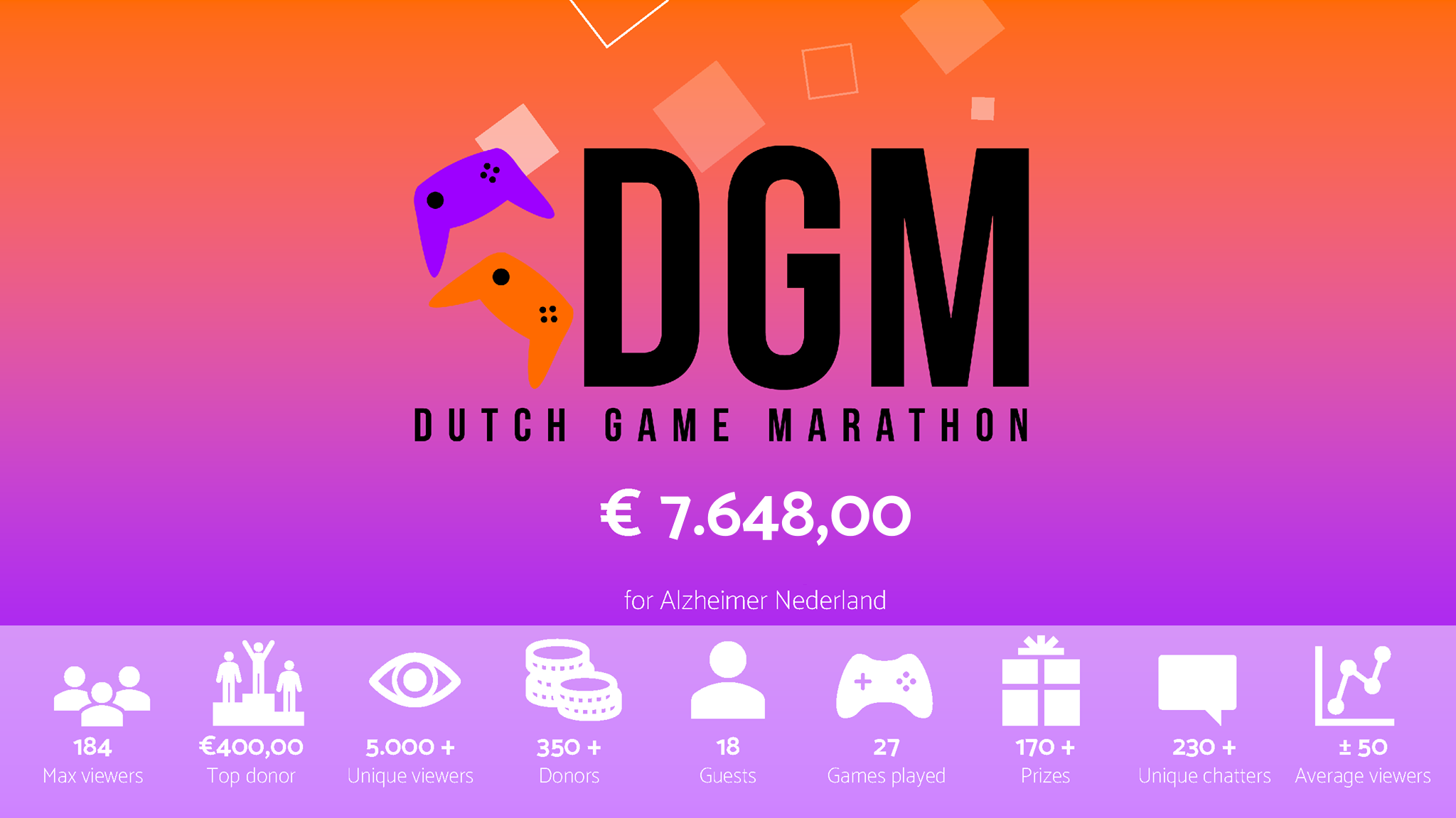